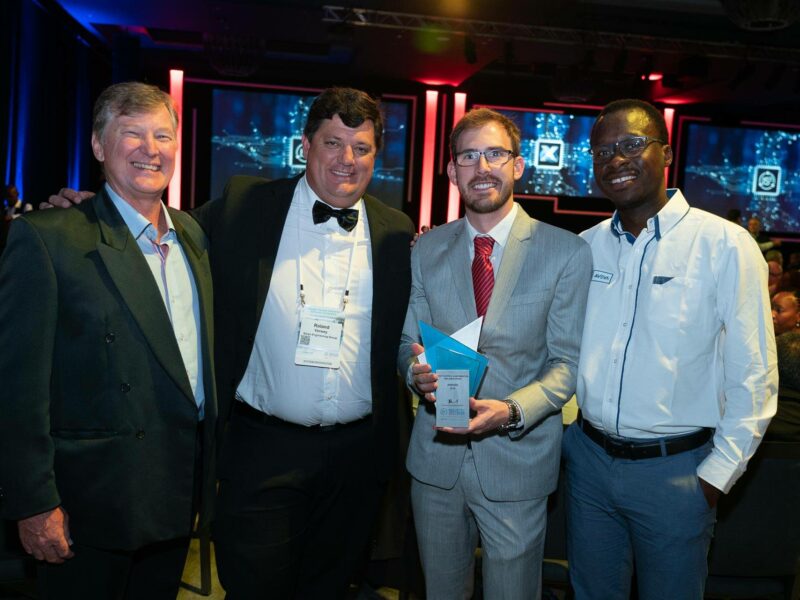 Saryx Engineering has set the bar high in terms of SCADA modernisation and standardisation. So much so that the company won “Best Control & Information Implementation” in recognition of a project with client Transnet Freight Rail in Saldanha, earlier this year at the IS3 X-Change Exhibition.

To put things into perspective, the Saldanha-Sishen Railway is 861km in length, seeing approximately 38 trains per week, with an aim of 42 being loaded. The length of the train is 3.9km, with 342 wagons, and five to eight locomotives, making it the longest production train in the world!

With the enormity of such an operation, one of the main requirements for this project was to have zero to little downtime while the upgrade project took place.

To add, the learning curve from the “Old System” to “New System “needed to be minimal in terms of operator training.

We delve into this project starting off with the project outline, which included:

How did System Platform assist?

The most significant advantage established from the object-oriented based design was that it exposed inconsistent or irregular field values which varied from site to site. This was very difficult to pick up in the old tag-based system design. This eliminated the ability to manipulate values and compensate for field equipment failure.

The old system needed to be upgraded

The old system shared the same computer as the CS90 system. The issue with this CS90 had the capability to upgrade to newer window version where iFix was not able to be upgraded.The iFix had operational interference on the CS90 system and vice versa because they shared the same client computers with multiple screen cards.In-house support and system knowledge had been lost due to staff retiring.

Saryx installed a Temporary Motorola interface to mirror the data to both “old” and “new” system. With this, Saryx could compare the “Old” and “New” status to ensure all signals are correct. The iFix system could now get decommissioned without causing downtime. Rollback option was available if required to minimise operational impact and the operationalstaff had a sneak preview of the system before it rolled out, (to their surprise not much changed in terms of screen navigation.)

The only change that was commented was the plush icons and neat looking SCADA.With this, the engineering staff-built confidence in the new system while it is working in parallel with the old system.

The network design was simple:

In addition to the above, a template was used to get standards across all screens in the HMI. The object graphics are embedded instead of redrawn all over again

Grid snapping made sure that graphics aligned correctly and where evenly spaced.

Operators and managers can now interrogate the alarms and events from the SCADA. Managers can have a quick look into the systems performance from the SCADA.Wonderware Insight gives managers the ability to “google” for the tags they need analytics on, instead of using the filter and navigating options in the query and trend tools.After adding the Historians tags, easy clicks can transform how the data is viewed.The SCADA offers “Flight of Sight” built graphics which is important for the operational staff.

“As with all newly installed systems, “small bugs” tend to show up.

Saryx was quick to assist with minor updates to the software to iron out all the bugswhenever there is a problem on the system, Saryx has the ability to remotely login to the system for extra assistance.

Saryx can quickly react whenever a problem has been reported and is willing to assist the technicians for fault finding.The system in itself has proved to be more reliable than the previous GE iFix system.”Philip Nell, Engineer for Transnet Freight Rail in Saldanha.


We use cookies to ensure that we give you the best experience on our website. If you continue to use this site we will assume that you are happy with it.Ok